»Memory Screen« – is the musical debut by the producer Prcls on Duzz Down San. But this isn’t a debut in the traditional sense, Prcls aka Gerhard Senz has been making music for quite some time. Up until now the multimedia-artist has made a name for himself with his video productions. On this 10” record Prcls continues his artistic approach, that is deeply influenced by a fascination for old material and newest media technology. Perhaps one could describe his method of production as recycling: turning old sound fragments and vague associations into modern material through sampling, he tells abstract stories and immerses into childhood memories. A time in which the television screen was grainier, everything less sterile and most importantly far away of HD quality. The result is a hybrid sound full of dreamy glitches, broken melodies and wonky drums. Music that has settled itself between VHS aesthetics and club culture.

»Memory Screen« is less about aiming for perfection but more about researching the niches of the non-perfect, the warmth of distortion and the beauty of mistakes. In such a manner beats are created unifying the old and the new in themselves, that are a little bit nostalgic but never melancholy because they are resolutely moving towards the future. 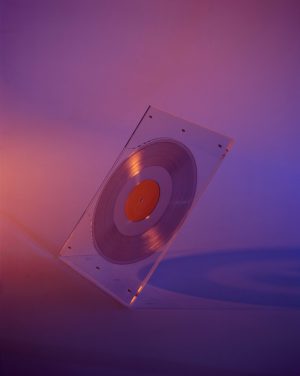