Democracy thrives on discourse carried out not only on the parliamentary level but also in public space. What have these places already seen? spotlights Vienna’s demonstrations from 1918 to 2018 and links the following spheres through four events: the changes in political self-image, the concrete site, the question of how a demonstration challenges a city, and the picture of society conveyed through film.
With the so-called self-elimination of the Austrian Parliament on March 4, 1933, the First Republic came to an end after only fourteen years. Liberty and equality as primary democratic principles became obsolete, and both the right of assembly and the freedom of demonstration were massively curtailed. Demonstrations were supplanted by power ralleys and marches.
“DO AS YOU ARE TOLD!”—similar to “Learning Democracy I”—does not focus on content but rather elaborates within the workshop context action mechanisms of anti-democratic agitation. Essential tools of fascism include propaganda, fake news, and manipulative language, and they address us through the emotions, with intellectual critique and contradiction functioning on a different plane. Just as during the interwar period, Austrian cinema of this epoch was dominated by (musical) comedies and “Heimat” (homeland) films, with the ideology of Austrofascism and, as of 1938, also of National Socialism clearly identifiable in the content and roles. As experts on this topic, the Vienna police will offer a view behind the scenes and talk about planning and operations.
The event is free of charge. For participation in the workshops, please sign up by email (plaetze@mvd.org). Funded by the Science Council of the Cultural Department of the City of Vienna in the scope of “Republic in Austria – Democracy in Vienna.”
A project by MVD Austria and the Institute of Jewish History in Austria with the support of future.lab and Displaced: Space for Change at Vienna University of Technology. 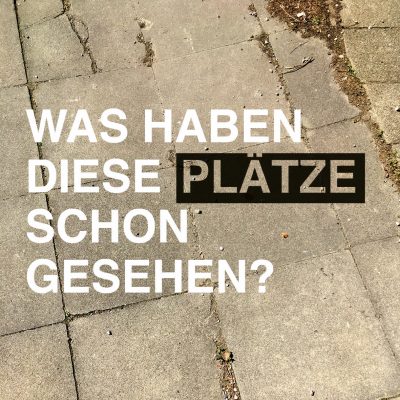 What have these places already seen?